African cities face an unprecedented, rapid urbanization phenomenon, and as a result, urban populations are becoming more prone to vulnerabilities and risks. According to UN- Habitat (2015), most of the urban population in Africa live in slums, striving for better job opportunities and decent living conditions. This figure is predicted to rise significantly by 2030 (UN-Habitat, 2013), with negative impacts on the vulnerability of urban areas in terms of natural disasters, warfare, and environmental and health issues related to the poor living conditions of residents.

Mapping urban transitions is crucial for responding to the New Urban Agenda and the African Agenda 2063 (African Union Commission, 2015). There is a need for detailed, up-to-date data on the state of informal settlements, in order to understand the complex dynamics behind these self-help efforts. In particular, understanding spatial qualities, socio-ecological systems and economical systems, is key to creating a resilient city. UN-Habitat (2014) state there is urgent need for a radical re-imagination of African approaches to urbanism, to better understand and redirect the ongoing urban transitions and to improve the living and working conditions of inhabitants. In addition, Parnell et al. (2009:233) claim the need to formulate new approaches to planning and development that are ‘… grounded in the realities of urban settlement in South Africa’.

The future of cities should be understood with the complexity of systems that exist within them and the urban spaces that are created by social factors. Those spaces can be contested politically by marginal groups, who seek to define the space that best suits them – and in so doing create insurgency. Monitoring informal settlement expansion is fundamental for mitigating the risks related to population growth and economic disparities. Given the extreme complexity of these spontaneous spaces – interdisciplinary and mixed method approaches that combine qualitative and quantitative data have proved to be more effective.

In South African cities, due to apartheid planning, space has been predominantly defined by racial separation. The current literature fails to analyze urban resilience through the lenses of urban segregation – and it is that understanding that urban planners and architects need to acknowledge in order to create resilient cities.

Interestingly, a progressive approach was recently proposed and adopted in the form of a strategy (eThekwini Municipality, 2017) by the 100 Resilient Cities Programme (100 RC) for the city of Durban. The 100RC team recognized the need to rethink new perspectives on informality and to accept it as part of the city. Informal settlement are dynamic spaces that changes continuously and requires appropriate planning strategies that involve (in a meaningful way) the residents.

Currently, given the rapid growth and implementation of inadequate planning policies in African cities, the gap between the legal and illegal city is becoming increasingly evident. Spontaneous and unplanned settlements are home to more than half the urban population in Africa, where the urban poor claim lost and forgotten spaces within cities as their ‘right to the city’. The top-down approach used by architects and designers create environments which are developer driven, do not respond to the needs of the community. New methods are needed to create a bottom-up approach to design and planning, to create inclusive cities and settlements.

Innovative research methodologies such as spatial mapping to analyze lost and insurgent spaces, drone mapping, community collaboration and transect walks help to empower the communities and stakeholders to co-design and find solutions together. This research has three key objectives: understanding how lived space can be effectively captured and interpreted; and using spatial mapping as a key methodological approach in reinterpreting and upgrading spontaneous settlements and mapping the level of resilience for a community. The proposed hybrid methodology that combines drone photography and qualitative research methods (e.g. interviews, collaborative mapping) was tested in two pilot studies in the Durban metropolitan area, to reveal the real attributes of the settlements and to understand how they can be reinterpreted and adapted. The outcomes of this study allowed for a more accurate (lived 4D) mapping of scenarios affecting cities today.’’

As part of a transdisciplinary research project on informal settlement upgrading1 and a PhD study under the umbrella of urban resilience, this research explores innovative research methodologies of spatial mapping to analyze lo stand insurgent spaces. This hybrid research methodology proposes a new perspective for capturing spatial attributes and linking them to real life, so allowing for a more intuitive and comprehensive representation. Finally, this study aims to build capacity in local communities seeking to improve their quality of life and to assist local authorities in enhancing their intervention toward more resilient cities.

1ISULabaNtu (www.isulabantu.org) is a multidisciplinary research project aimed at developing an environmental and construction management toolkit for upgrading informal settlements in South Africa.

Viloshin Govender is a lecturer and researcher at the School of built environment and development studies, University of KwaZulu-Natal. He is currently teaching architectural design and theory (for undergrads) and supervising final year masters students. His research focus involves working with informal settlements and underprivileged communities, applying a novel bottom-up methodological approach, which includes drone mapping, to co-produce knowledge with residents and create sustainable urban neighbourhoods. Viloshin collaborates with a number of local NGOs and Municipalities in KZN and is part of the Isulabantu project team (community-led informal settlement upgrading for self-reliance) and the Latitude global network forum. Viloshin holds a Master of Architecture Degree and is presently completing a PhD in Architecture, which focuses on Adaptive re-use Architecture and insurgency space planning. 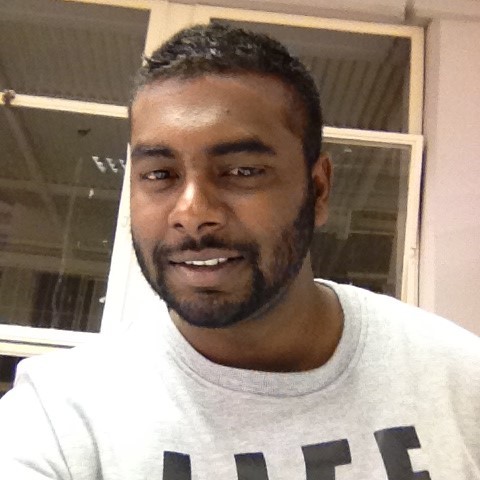